“Roads are an integral part of the American experience...While U.S. 89 has hardly received the nostalgic attention given fabled thoroughfares like Route 66 or the Lincoln Highway, it is nevertheless central to the identity of the American West. It travels from high mountains to low desert; across five states: Arizona, Utah, Idaho, Wyoming, and Montana; and through or adjacent to seven national parks: Saguaro, Grand Canyon, Zion, Bryce Canyon, Grand Teton, Yellowstone, and Glacier. It is no wonder that University of Wisconsin geographer Thomas R. Vale once called U.S. 89 'a cross section of the West.'” (From http://highway89.org/about)

Highway 89 Digital Collections was created through a cooperative effort among special collections and archives in Utah and Northern Arizona. This collection contains copies of contributions by the Utah State Archives originally published in 2015.

Utah Department of Transportation (UDOT) Community Relations personnel documented the Thistle Disaster of 1983-1984. Thistle, originally the name of a town, became a term used to describe a massive mud slide which created a natural dam across the Spanish Fork River and destroyed the town of Thistle.

This series contains outdoor advertising sign inventories conducted by the Department of Highways for a highway beautification program.

The Department of Transportation (UDOT) documents its activities and construction projects with photographs. Selected photographs online include the bridge over Glen Canyon.

This series documents the Thistle landslide, the effects of the landslide, and some of the repair and construction efforts following the slide. Most are aerial photographs. 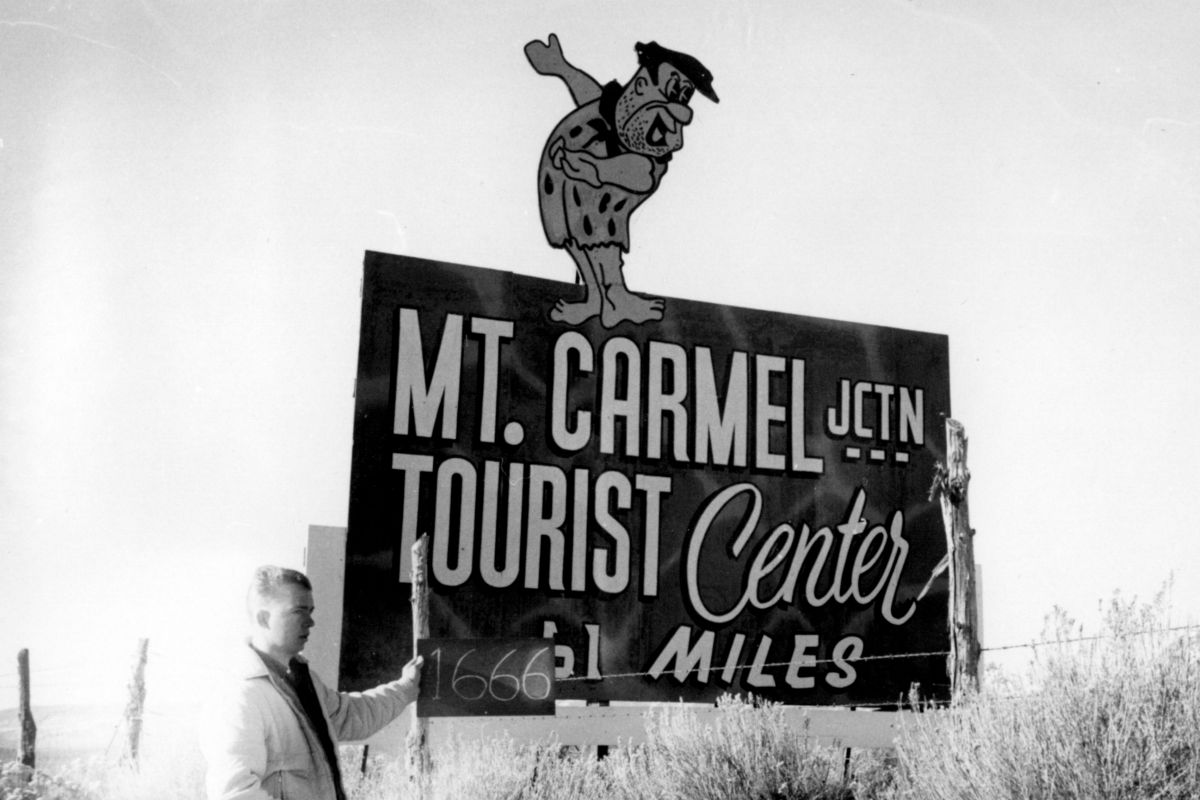