The State of Utah vs. Joe Hill

Born in 1879 in Gavle, Sweden, Joseph Hillstrom (also known as Joe Hill) immigrated to the United States in 1902, and worked in a variety of jobs including laborer, miner, lumberman, and longshoreman. The often brutal working conditions he witnessed led him to join the Industrial Workers of the World (I.W.W.) where he became a renowned singer and songwriter of the early 20th century labor movement.

In 1913 Joe Hill came to Utah and found work in the mines in Park City. On January 10th, 1914 a murder was committed in Salt Lake City that resulted in the deaths of grocery store owner John Morrison and his son Arling. The same night, Joe Hill appeared at the office of doctor Frank M. McHugh, with a gunshot wound to the chest. Suspicion soon fell on Hill as a suspect for the murder of Morrison and his son, based on the gunshot wound (which would have been inflicted from return fire from Morrison), and circumstantial evidence brought to trial.

Hill was convicted of the murders of the Morrisons and his execution was scheduled for late 1915. The trial engendered international debate over Hill's conviction and whether his activity as a labor organizer had made him a target of political and business interests in the west. But while the execution was delayed, the conviction was not overturned, and Hill was executed by firing squad at the Utah State Prison in Sugar House on November 19, 1915.

Several record series illuminate the case of Joe Hill, the international controversy it engendered, and the worldwide response and publicity his trial and subsequent execution generated. Search all three or browse and search them individually. In addition, a link to Joe Hill's pardon application and death certificate are available.

Case records (1915-1916) gathered by Utah Governor William Spry’s office at the time of Joe Hill’s trial and execution. This series includes newspaper clippings, a funeral oration for Hill, essays on radicalism, and reports from private detectives (written shortly before and after Hill's execution) that describe their surveillance activities on the Salt Lake City headquarters of the Industrial Workers of the World.

Petitions (1914-1916) from across the world to Utah Governor William Spry protesting the conviction and/or execution of Joe Hill, as well as pleas for the Governor Spry to commute the sentence.

Correspondence (1914-1916) both to, and from, the office of Utah Governor William Spry concerning the Hill case. As chief executive officer of the state, the governor had the authority to commute Hill’s sentence. The conviction and execution of Joe Hill became one of the most controversial criminal cases in Utah history; it generated national and international interest. Correspondence in this series is most often in the form of letters, postcards, and telegrams.

A copy of the prisoner pardon application submitted by Joe Hill to the Utah Board of Pardons on September 1, 1915. In addition to the pardon application, Hill’s case file also includes petitions for, and against, his sentence being commuted or pardoned, court records from his trial, and a published opinion on Hill’s case from the Utah Supreme Court.

A copy of the official death certificate for Joe Hill that was issued by the Utah Department of Health after his execution by firing squad at the Utah State Prison in Sugar House on November 19, 1915.

In this copy provided courtesy of the Department of Corrections, Joe Hillstrom is in this prison commitment register entry for the Utah State Prison on July 6, 1915, following conviction and sentencing. 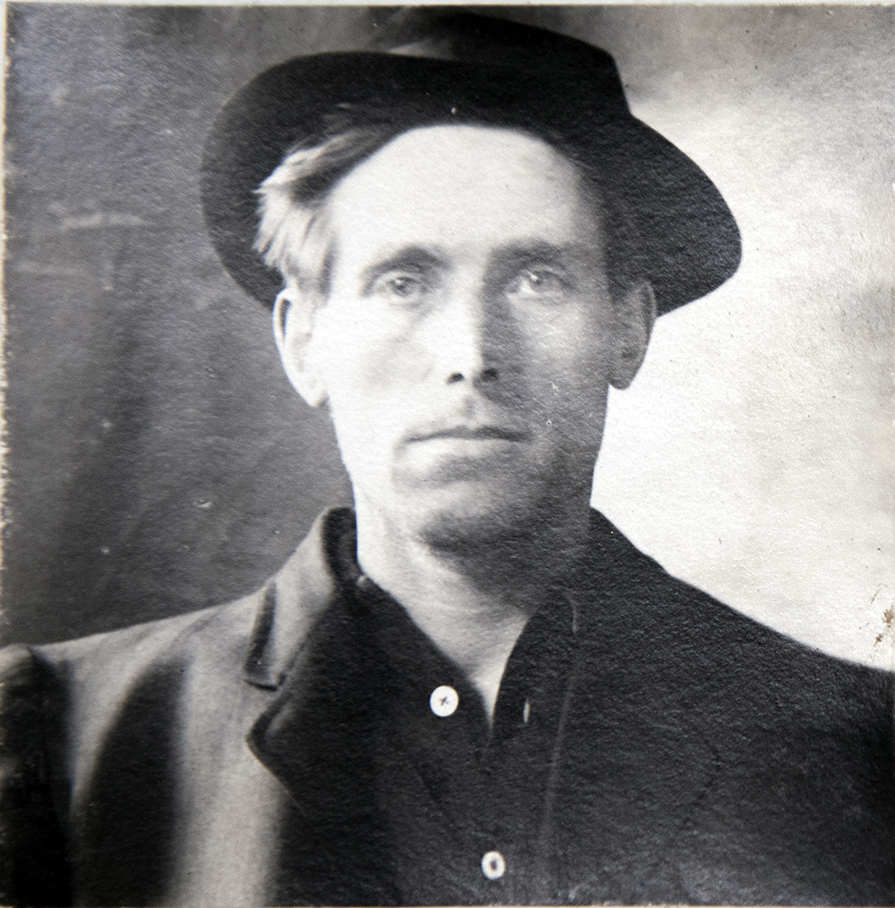