The systematic collection of military records on Utah veterans officially began September 12, 1942 when Governor Maw issued a proclamation creating the Department of War History and Archives within the Utah State Historical Society. The proclamation asked Utah citizens to furnish to the department any documentation on Utah citizens serving in WWII and designated the new department as the official repository for such materials. In addition, the department negotiated an informal agreement with the Selective Service System and the several branches of the U.S. military to abstract federal service information onto index cards, and obtain copies of some actual records. Until 1957, the primary local repository for Utah military service records was the Utah Adjutant General’s Office.

On March 23, 1957 the Utah State Legislature officially established the Utah State Archives as a division within the State Historical Society. They also provided for the transfer of the Graves Registration and Marking Division of the Adjutant General’s Office (Utah National Guard) to the Historical Society, and created the Military Records Section within the Archives to manage the program. The act called for the section to collect and maintain a record of the military service of all veterans buried in the state, and all other military records pertaining to Utah. The act inaugurated the expansion of the Historical Society’s war archives program to include records of all previous Utahans’ military service, not just WWII.

As part of this program the Archives acquired service cards on Utah veterans of the Spanish American War, Mexican Boarder Campaign, and WWI which the federal government had provided to the Utah Adjutant General. It also acquired a large collection of Utah Territorial Militia (Nauvoo Legion) records from the Adjutant General and several private donors. By 1965, the Military Records Section was subsumed by the larger Archives and the systematic collection of Utah military service records ended

From 1949 to 1965 the man in charge of investigating, compiling, and registering veterans' graves was Robert W. Inscore. Inscore was born in Nephi, Utah in 1922 and himself served in World War II, a private first class in the United States Army. In a newspaper article in 1950 he described himself as a "connoisseur of graveyards." With the assistance of Mrs. Lee Eire, Inscore researched veteran service records both for grave registration and to assist next of kin in obtaining headstone from the Federal government. This business is documented in the Military records section correspondence series, and the results are found in "Veterans with Federal Service Buried in the State of Utah" (1965) and an early computer database, now only existing on microfiche (Series 8490).

Only by full help of the public can Utah's warriors be honored.
—Salt Lake Tribune, July 16, 1950

After almost a decade-and-a-half in charge of graves registration, Robert Inscore moved on to working with J & K Market, owned by his wife Eleni's family, and would die in 1980. 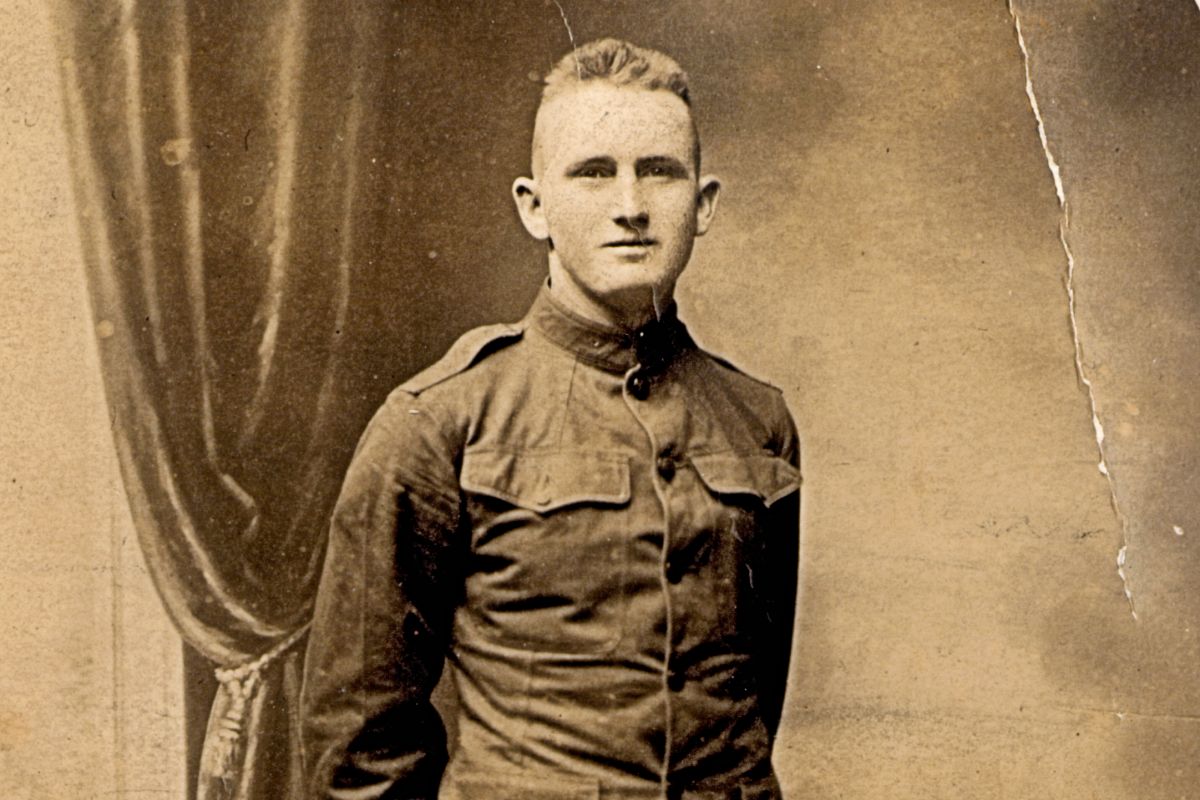