Records in this collection were created by various local government entities in Sanpete County and document the history of the county. Sanpete County, located in central Utah, is a largely agricultural county founded in 1850. With its county seat in Manti and its largest city Ephraim, it is home to roughly 28,000 people today. Notable towns in the county include Fairview, home of Spencer Cox, Utah's 18th Governor, and Spring City, recognized for its status as a National Historic District and a well-preserved example of early Mormon settlement. Records in this collection currently include cemetery and city plat maps from Spring City, and will be expanded as more records from the county are digitized.

This series contains various maps used to document the location of plots and burials in the Spring City cemetery. The oldest date to 1891 and are ink-on-linen drawings. More recent maps are black or blue line copies on paper and ink. The most recent dated copy is from 1957, but two undated copies include hand-written notations in addition to the printed data from the 1957 map and so are presumably newer.

This series contains a city plat map. This map was compiled and plotted in September 1888 by John J. Hougaard, County and City Secretary. It was drawn according to the boundaries existing at the time and includes such information as plat and block numbers, parcel numbers, coordinates, and lines indicating waterways.

The city council minute books were created as the official record of the city council meetings. Typical entries contain information about budgeting and finance; city ordinances; business and professional licensing procedures; department activities; and improvements in public service such as street repairs. 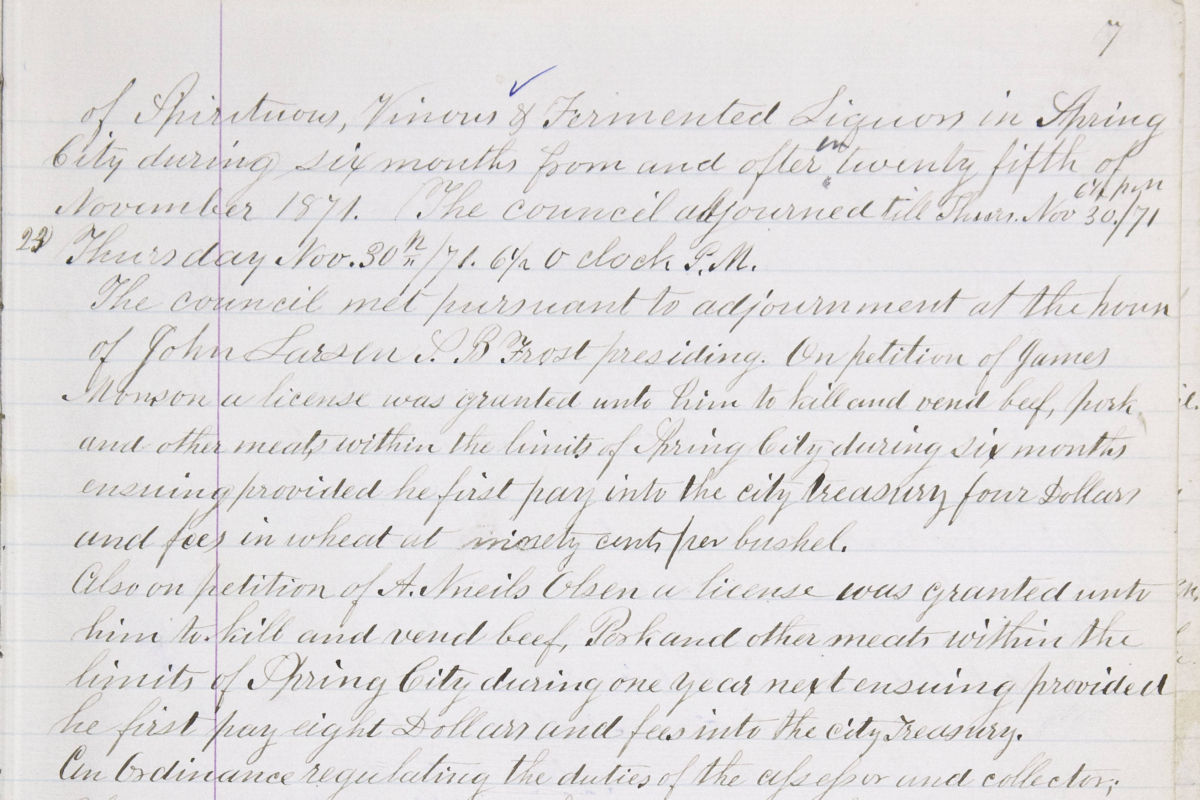