All of the following records were created by the Utah County (Utah). County Clerk.

These are records that were created and maintained in the Utah County Clerk's office prior to the advent of birth and death certificates from the State of Utah. Records may include birth registers, birth reports, death registers, and death reports.

These records contain birth registers recorded from 1898 through 1905. Each entry includes an assigned number, sex, color, race, date and place of birth, parent's names and residence, attending physician, and remarks.

This series contains three registers used to record deaths in Utah County. One of the registers appears to have been created by Springville City, the other registers were maintained by the Utah County Clerk from 1898 to 1905, as required by state law. The registers include such information as the decedent's name, age, sex, race, color, term of residence in city or county, birthplace, marital status, occupation, last place of residence, cause of death, date of death, and the entry number. The first two volumes contain name indexes by initial letter of surname at the beginning of each volume. The third volume is not indexed, but is arranged by initial letter of surname. 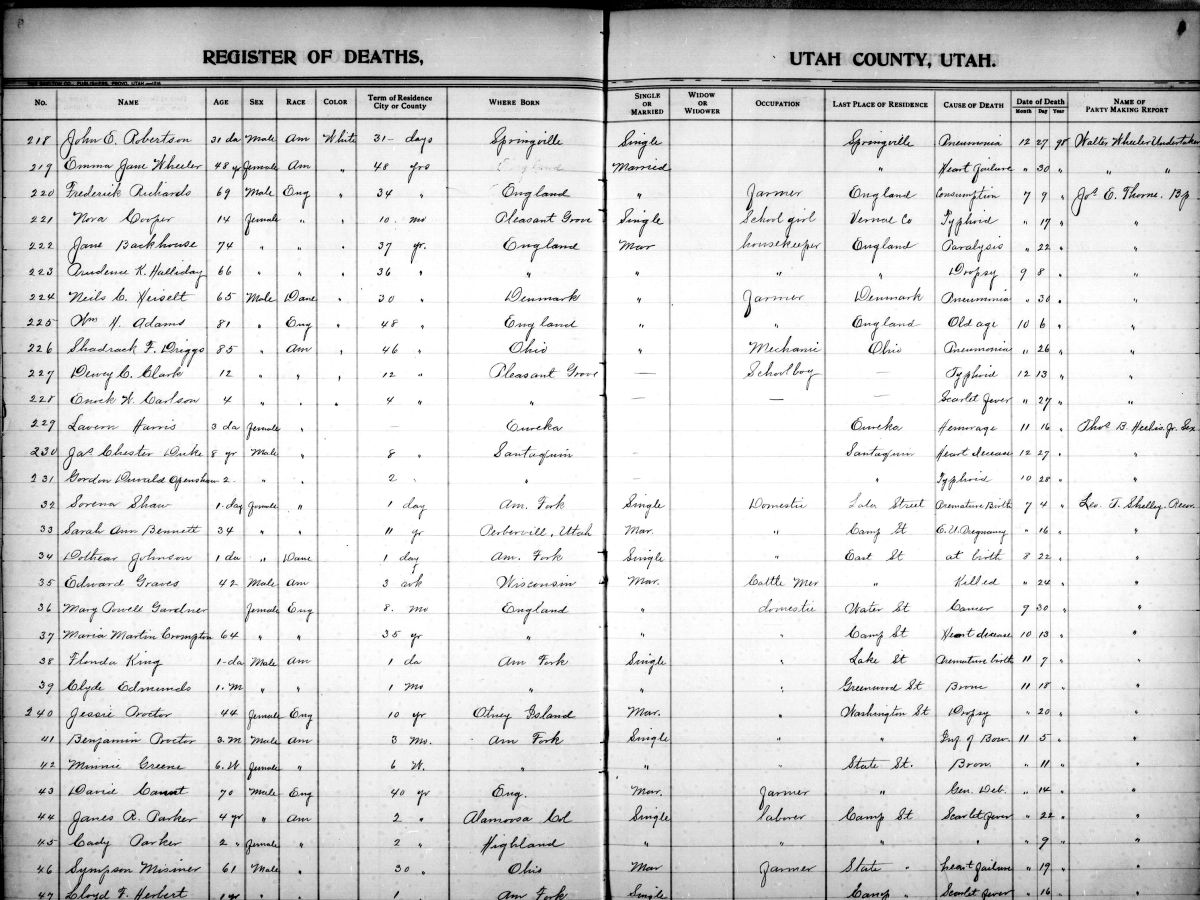 Applications available in full color while original name indexes have been digitized from microfilm.