Utah’s representative to the 1922 negotiations was State Engineer, R.E. Caldwell, having been appointed by Utah Governor Charles Mabey. The major provisions ultimately agreed to in the Colorado River Compact were unique, and critical in dictating all future development made on the river.

This series contains assorted legal records, correspondence, and reports pertaining to Utah's role in the Colorado River Commission. Much of the physical paper content include the legal records created in the federal Arizona V. California case. It is this case (heard by the U.S. Supreme Court) that is primarily responsible for establishing water rights between states engaged in the Colorado River Compact. In addition to records that help to clarify interactions between states and their rights to water from the Colorado River, there are also records that help clarify transnational agreements concerning water use between the United States and Mexico.

This series contains correspondence, memorandum, minutes, and reports pertaining to Utah's rights and responsibilities as a member of the seven-state Colorado River Compact. These are executive level records created and maintained by the office of Governor George Dern, who acted as the principal agent for Utah on issues related to the 1922 Colorado River Compact.

This series consists of speeches given by Utah Governor George Henry Dern, both as a member of the Utah Senate (1914-1922) and as governor of the state (1925-1933). Dern was a noted orator, and as a member of the Democratic Party he often gave voice to a number of progressive causes. Issues addressed by the speeches in this series include Utah's position on developing Colorado River resources

These records contain Utah's compacts with other states regarding various issues. The records include agreements on water rights, law enforcement, education, juveniles, mental health, motor vehicles, supervision of parolees, civil defense and disaster, and inter-local cooperation agreements. The records include the Colorado River Compact, which apportioned water from the Colorado River among six western states and has been an ongoing source of controversy since it went into effect.

This series contains pre-printed forms that provide a record of water appropriated from the Colorado River. The forms are entitled either "Notice of Location and Appropriation" or "Certificates of Water Commissioners." Regardless of the title, both forms contain the same recorded information. 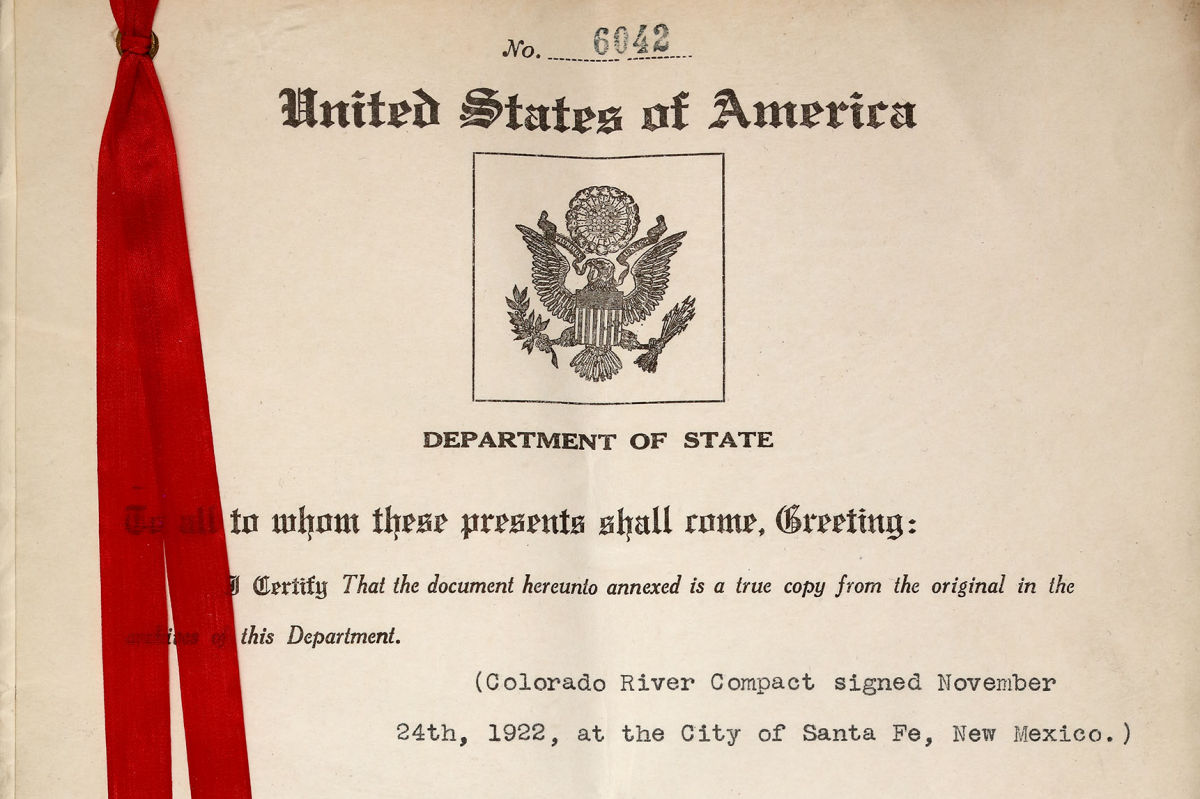 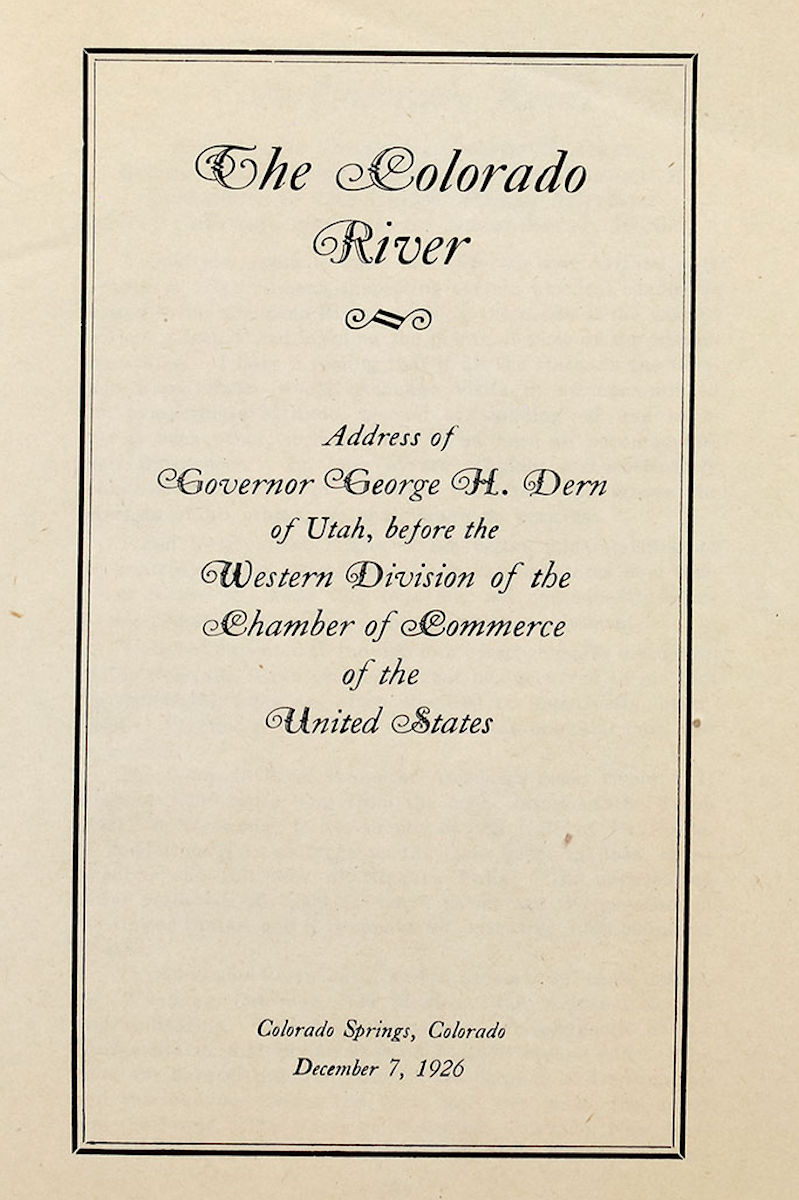