Click on series number links to go to more complete descriptions of the records.

1. Identify the Utah Code section you wish to research.

The Utah Code Annotated (Series 83238) is the state's compilation of general public laws or statutes currently in effect and contains notes documenting the history of the section. Notes may also include related court rulings and reference to other records that may be of assistance to your research. Each edition of the code has an alphabetical subject index.

Use the information in the notes of the Utah Code Annotated to go to the individual session laws published as the Laws of Utah (Series 83155).

3. Determine which bill created the law.

The Laws of Utah show laws passed during each legislative session and signed or permitted into law by the governor for that session only. Find the copy of the Laws for the session of interest to you. Look up the chapter number and the section number that you found listed in the history section of the code. On the first page of your session law chapter under the chapter number you will see the bill number. You need to know the year and bill number to further trace the law's history.

4. Trace the procedural history of the bill during its passage.

A. Find and review the actual bills. A bill is a proposed statutory enactment. In the broad sense, "bill" also refers to resolutions and memorials. The Utah State Archives holds copies of the bills as they were introduced and modified during the legislative process (House Working Bills, Series 432; and Senate Working Bills, Series 428). A working bill shows the text of the bill and revisions and has appended information (usually in the form of a log on the backing sheet) showing committees to which it was referred, the results of votes on the bill, and other actions taken. The series includes introduced bills that did not pass.

B. Review the Bill Drafting and Research Records (Series 7073) if the bill was created since 1980. The Office of Legislative Research and General Counsel provides assistance in bill drafting and is required to review all bills prior to introduction for constitutionality. Drafting records may contain useful background information about the source or the purpose of the bill. The Archives has 1981-1989 on microfiche at the Archives Research Center. These records are available online on the legislature's web page for bills dating since 1990. Records for current sessions remain with the office until scanned and put online.

C. Review the legislature's Journals. The journals record the activities of each chamber of the legislature on a daily basis during the legislative session. Most volumes are indexed so you can look up the bill number and find the pages the on which it is mentioned. The earliest journals recorded the activities in detail, sometimes including speeches or discussion; more recent journals just note the actions taken more briefly. Actions include referrals to committees, votes, and transmittal between chambers.

D. Locate and review the appropriate committee minutes. Standing committees are those which meet during the legislative session and interim committees are those which meet during the rest of the year to study potential legislation in depth and make recommendations to the legislature. Both the journals and the back of the working bill should mention the standing committees to which the bill was sent (before the 1920s, the working bill itself is likely to include a report from the committee). The standing committee minutes record a summary of the committee's activities and determinations; legislative committees do not normally keep verbatim records of all deliberations.

The Utah State Archives has the House Standing Committee Minutes, 1967 on (gaps) (Series 3159); the Senate Standing Committee Minutes, 1973 on (gaps) (Series 18459); Interim Committee Histories, 1967-1989 (Series 7230), and General Session Preview Reports (Series 22117) which summarize the activities and recommendations of the interim committees. The legislature's web page also has standing committee minutes and audio recordings from 1999-ongoing, and for interim committees 1986-ongoing. Standing committee audio recordings are available through the Archives since 1994 for the Senate (Series 21084) and the House (Series 23013).

F. Review governors' legislative files. Gubernatorial actions may have influenced the drafting of legislation or indicate how an act was implemented. Many governors kept files on legislative bills with copies of the bill text and related correspondence. To see what gubernatorial records are available, see the online guide to Legislative History Records. Those of the most recent governor normally remain in the governor's office until the end of his time in office.

G. Check other sources. Sometimes the governor or legislature will create special task forces or commissions to study potential legislation and issue reports of their findings. State agencies may also have filed reports. Contact the Utah State Archives or the creating agency for holdings. Though an unofficial source, newspapers provide a contemporary view of the legislative process. Contacting lobbying organizations, former legislators, or persons who testified before committees may be useful if they retained copies of their papers.

Citizens may also sponsor legislation through initiatives and referenda. Election papers, 1851-1976 (Series 364), Initiative Petitions, 1958 on (Series 10824), and Voter Information Pamphlets, 1975-present (Series 21810) include copies of text submitted for the ballot. All may be researched through the Utah State Archives, except for the most recent 5 years of initiative petitions which remain in the Elections Office.

For further assistance.
To obtain access to records in their custody, contact the Research Center, the Legislative Research Library, the Utah State House of Representatives, or the Utah State Senate. The State Law Library, University of Utah Law School's S.J. Quinney Law Library, and Brigham Young University Law School's Howard W. Hunter Law Library also have most of the publications necessary for this research, but do not have unpublished documents. To hire someone to research legislative history, try contacting Legal Career Services or a Law School student. 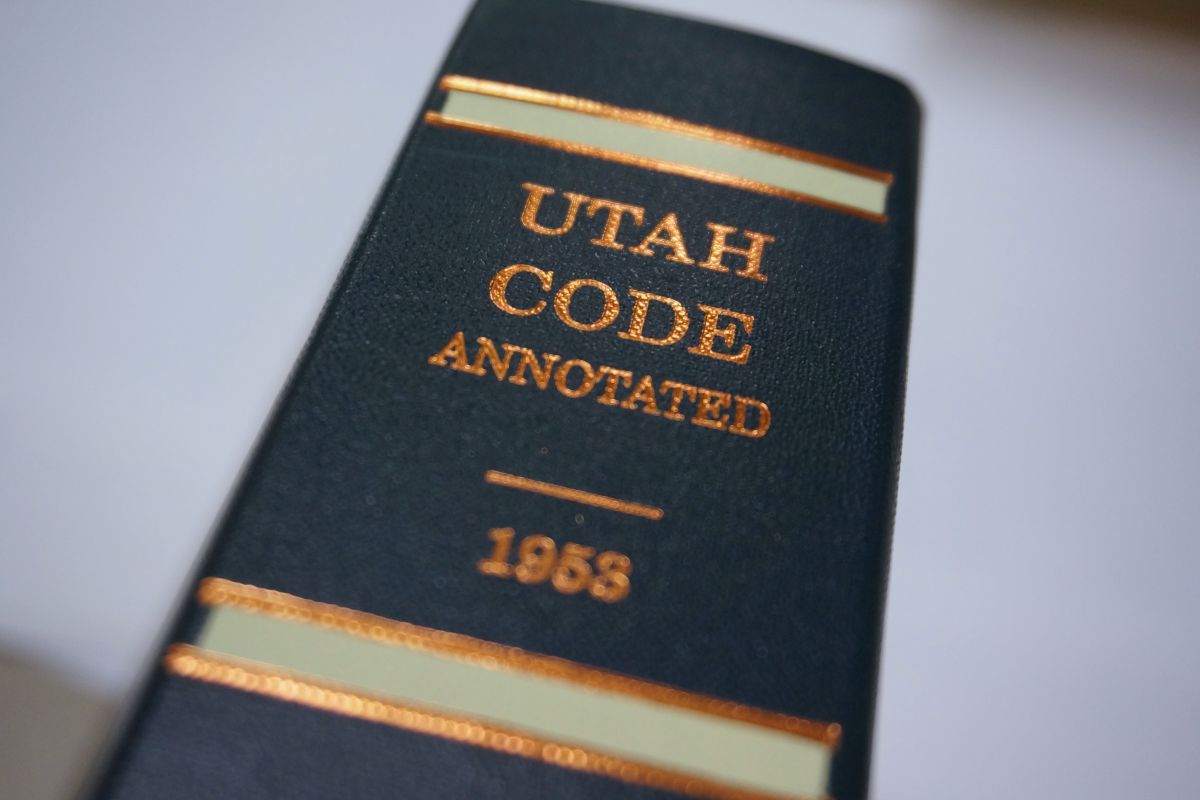