When the Utah Territorial Legislature established the jurisdiction and authority of county probate courts in 1851, it established the jurisdiction of these courts over probate. The Legislature granted county probate courts authority “to probate wills, administer the estates of deceased persons, and to establish guardianships of minors, idiots, and the insane" (An Act in Relation to the Judiciary. Acts, Resolutions, and Memorials passed by the First Annual, and Special Sessions of the Legislative Assembly. Great Salt Lake City, 1851, Brigham H. Young, Printer. pp. 38-48).

During a portion of Utah’s territorial period, county probate courts additionally held jurisdiction over criminal and civil matters. This is significant to probate researchers because early probate records may be mixed with other kinds of cases.

When Utah became a state (1896) the county probate courts were abolished. Probate became the jurisdiction of the district court in each county.

Probate of estates is the process by which a deceased person’s property is identified and managed, his debts and taxes paid, and then remaining property distributed to beneficiaries as specified in a will, or to heirs as required by law. Typically a probate case begins when the court receives a petition to open the probate of an estate or admit a will. The court responds by holding a hearing to establish the validity of the will and appoint an administrator. Thereafter the administrator notifies creditors of the estate to submit any outstanding bills, and the court obtains a full inventory of the estate. When all property in the estate has been properly accounted for and all outstanding debts paid, the court orders distribution of remaining property among the heirs and releases the administrator from responsibility for the estate.

Although the probate process has remained essentially the same throughout Utah’s history, the 1917 State Legislature formalized the process in an extensive probate code (Compiled Laws of Utah, 1917, Vol. 2, Chapter 118, pp. 1493-1545). In 1975, the State Legislature adopted the Utah Uniform Probate Code, which replaced the prior probate code and which, as amended, is the probate code in force today. For more detailed information about probate see http://www.utahprobate.com/ .

Guardianships are also administered by probate divisions of district courts and previously by county probate courts. A court can establish guardianships when a minor or an incompetent adult holds property requiring oversight and management. They are usually initiated under the terms of a will or upon the petition of a family member. A guardian is generally required to post bond, and is accountable to the court for the management of property entrusted to him.

Utah law provides for the adoption of minor children (Utah Code § 78B-101-145, "Utah Adoption Act"). According to law, the child, the adopting adult, and other persons whose consent is necessary must appear before the district court or provide written consent. When the court is satisfied that adoption is in the best interest of the child, it issues an adoption decree. Typically adoption records have been kept with probate records. Utah adoption records are sealed by law for 100 years. For more information about access to adoption records see the Adoptions Research Guide.

Probate records generated by Utah District Courts typically also include records of adoptions and may include other miscellaneous cases such as incorporation dissolutions and name changes.

In the course of business the Utah courts generated a variety of record types, including:

Case files
All the documents related to a particular case. These documents include petitions, court orders, notices, decrees, and possibly also exhibits, wills, and inventories. Case numbers were generally assigned sequentially as the court opened cases.
Record books
Recorded copies of important documents found in the case files. These documents generally were recorded chronologically, so documents relating to a particular case may be scattered. Minutes record the daily actions of the court, and may include information about the probate of an estate or guardianship.
Registers of action (or registers of estates)
Summary lists of actions taken by the court on a particular case. A register will list the date beside each action taken. Registers of action can serve as guides to documents recorded in record books or information recorded in minutes. 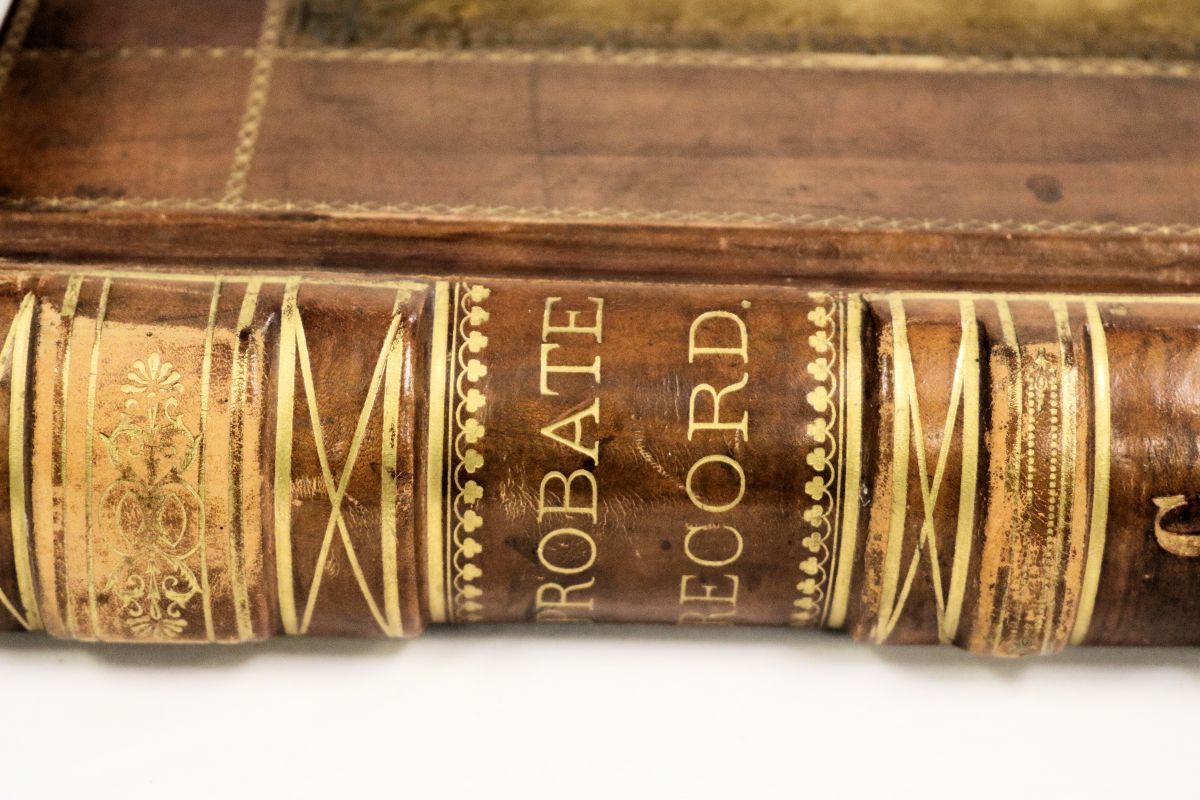 Not including those counties for which the Archives has no holdings.

All records, even though originating during the territorial period, were carried along to state district court probate divisions after 1896. Consult the State District Court Records guide for more information on historical court records.